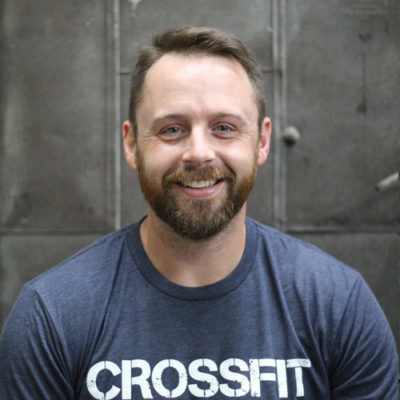 Growing up I played baseball competitively through high school and into college, then played mostly intramural sports in college. After college, I played recreational flag football and baseball. In 2009 I played semi-pro football and decided to stay in shape in the offseason by starting CrossFit. I did that in my backyard with steel plates for about a year before joining CrossFit CLE. I then got my L1 for CrossFit and spent 4 years coaching from my home. In 2015 I began to taper off of CrossFit and pickup up strict Weightlifting. This became my passion, and as ownership changed at CrossFit CLE, I began to run their Weightlifting program. This quickly became CLE Barbell Club when I opened the business in April 2016. From then I’ve coached, programmed, and competed in Weightlifting. The barbell club typically has between 10 and 20 members, ranging in skill level from beginner to national level lifters.

My favorite part about coaching and running the barbell club is the people. I love building relationships and connecting with folks to help them achieve their goals. From newbie gains to the plateaus and grinding out competition tapers, the relationships make coming into the gym rewarding.