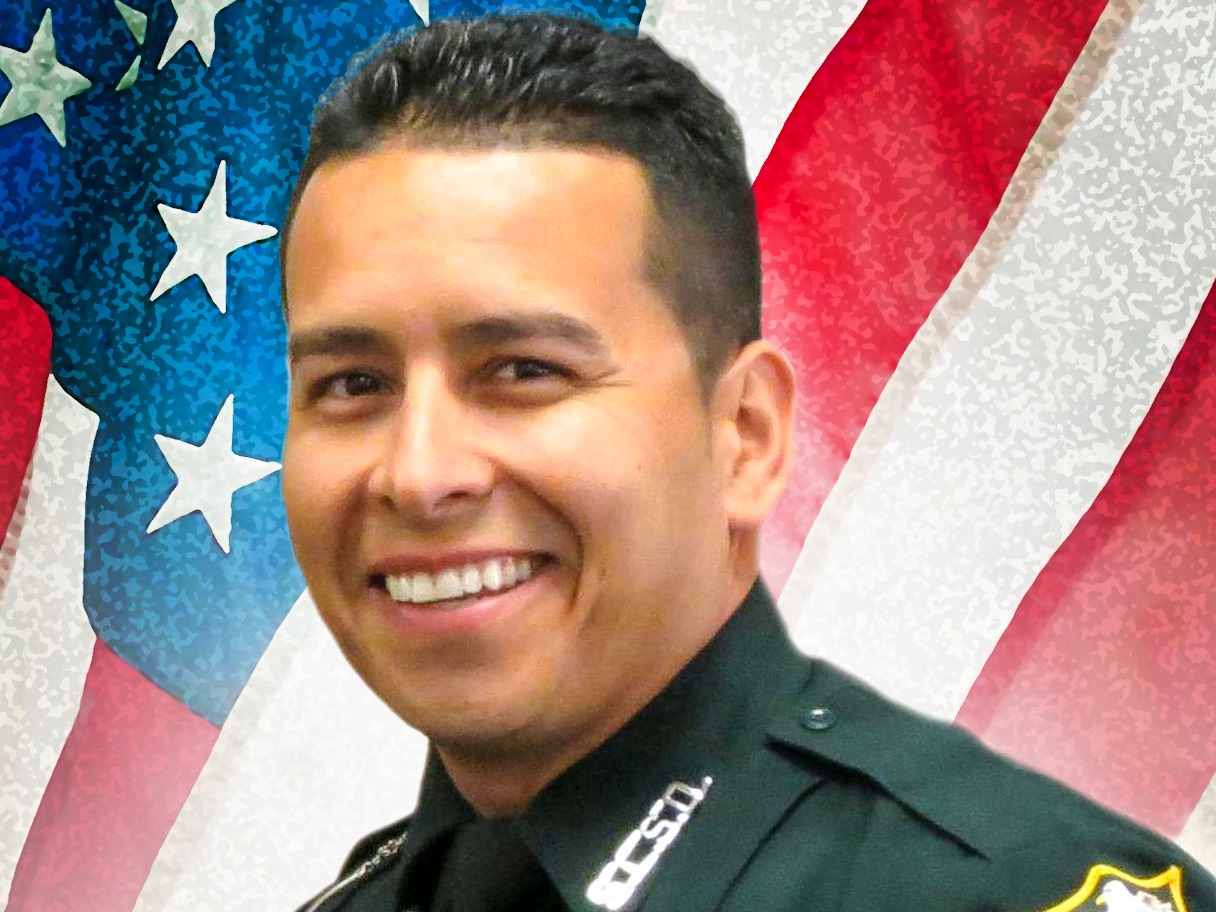 Sgt. Gary “Foo” Morales, of the Port St. Lucie County Sheriff’s Office in Florida, died Feb. 28, 2013. Morales, 35, was fatally shot during a traffic stop. The Air Force veteran was employed by the St. Lucie County Sherriff’s Office for 12 years and had just been promoted to Sergeant Deputy. He is survived by his wife, Holly; daughters, Brooklyn and Jordan; parents, William and Candy; brothers, Brian, Ken and Brad; grandmother, Romanita Rodriguez; and eight nieces and nephews.

Then, complete as many rounds as possible in 20 minutes of:

3 rounds, each for time, rest 1 minutes between: