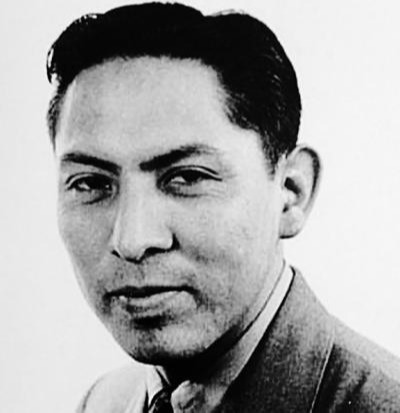 Born on October 27, 1913 and died April 3, 2016 at the age of 102! He was the first member of the Crow tribe to earn a masters degree. He served in the US Army in World War II from 1943-1946. While at war, he successfully completed the four tasks needed to become a Crow War Chief (counting coup): touching an enemy without killing them, taking an enemy’s weapon, stealing an enemy’s horse and leading a successful war party. He was the last Native American to achieve this and be accepted as a war chief by their tribe elders.